Introducing the people who lead MEU 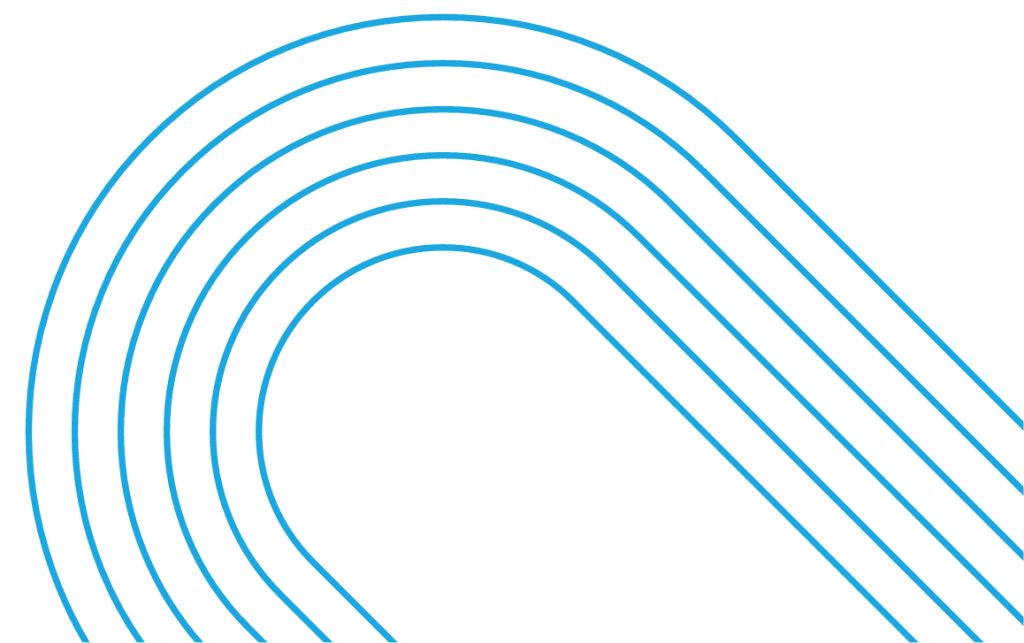 Home » About Us » Vice-Chancellors

Midlands Enterprise Universities is led by the eight Vice-Chancellors of our member universities, supported by their senior representatives. 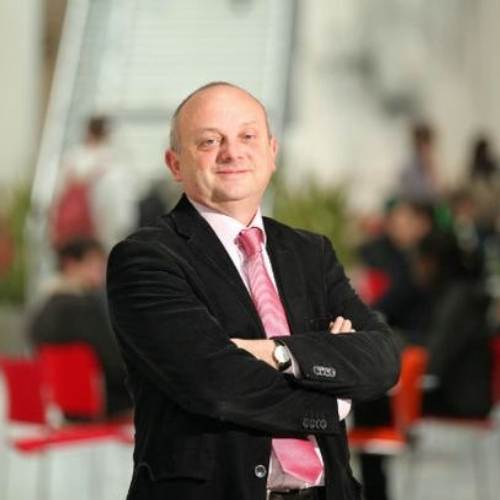 Professor Edward Peck was raised in Skelmersdale in Lancashire and attended Ormskirk Grammar School. He was only the second member of his family to attend university.

He graduated from the University of Bristol with a BA (Hons) in Philosophy in 1981, the first step in his lifelong engagement with further and higher education. His second was a Diploma in Personnel Management at what was then Bristol Polytechnic, where he learned to appreciate the career benefits of vocational education and which led to him being recruited onto the National Health Service (NHS) graduate management training scheme in 1982.

Over the next few years he studied for a Diploma in Health Services Management through a correspondence course and a part-time Masters in Social Policy and Administration at the University of Nottingham.

It was his first substantive job in the NHS – based at Mapperley Hospital – that brought him to Nottingham, and after a number of senior posts in Newcastle he joined the Centre for Mental Health Services Development in 1992 based at King’s College London, becoming Director in 1994.

In October 2002 Professor Peck moved to the University of Birmingham as Director of the Health Services Management Centre, and he subsequently became Head of the School of Public Policy in 2006. He was appointed Head of the College of Social Sciences in January 2008.

He joined Nottingham Trent University as Vice-Chancellor in 2014. In July 2020 he was appointed Deputy Lieutenant of Nottinghamshire and he was made a Commander of the British Empire (CBE) in the 2021 New Year Honours List for services to higher education. In June 2022, he was appointed the Government’s first student support champion. 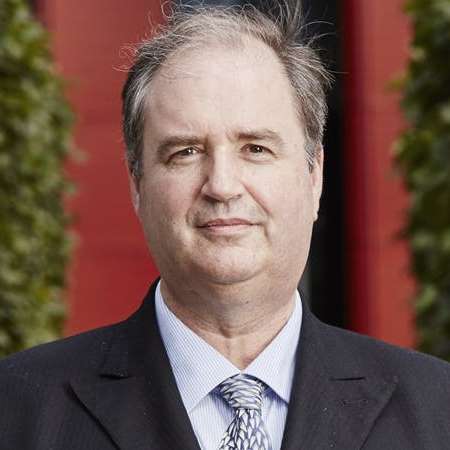 Professor Philip Plowden joined Birmingham City University in August 2017, having previously served as Deputy Vice-Chancellor at the University of Derby. Before that, Professor Plowden worked for almost 20 years at Northumbria University, where he was Dean of the School of Law.

Professor Plowden graduated with a degree in English Literature from the University of Oxford and then qualified as both a solicitor and a barrister. In practice he specialised in human rights and public law. He maintains close links to legal practice and education and is a member of the Law Society’s Education and Training Committee. He was also a non-executive board member at the Office for Legal Complaints, which manages the Legal Ombudsman scheme. Before entering the legal profession he worked for the Citizens Advice Bureau service in London for almost a decade.

In 2005 Professor Plowden was appointed as a National Teaching Fellow of the Higher Education Academy. His research interests are based in criminal law and practice and in legal education and pedagogic practice. He also has an interest in the field of privacy law and freedom of information. Professor Plowden has been influential in the development of clinical legal education in the UK, and in strengthening an international network of legal clinicians, centring on the International Journal of Clinical Legal Education which he edited for many years.

Outside academic life Professor Plowden is a huge fan of American football and a self-confessed geek with a long-standing interest in genre fiction and computer gaming. 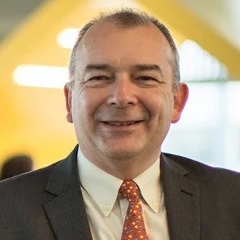 Professor John Latham CBE is Vice-Chancellor and CEO of the Coventry University Group. He is a double graduate of the university and has a background in information technology and telecommunications. He previously worked for a number of private sector organisations including JHP Group, Jaguar Cars and BT.

He was awarded an Honorary Lifetime Fellowship of the British Computer Society for his services to the IT industry.

Professor Latham has held high-profile roles at regional, national and European levels promoting innovation, technology and economic development. He is a non-executive Director of Health Education England, a council member of InnovateUK and a board member of the Coventry and Warwickshire Local Enterprise Partnership. He is also an advisory board member of the UK’s National Growth Board which is responsible for the oversight of the UK’s European Structural Funds Programme. 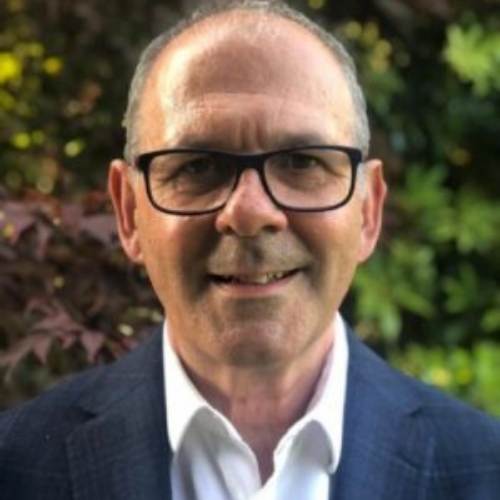 Professor Neal Juster is Vice Chancellor of the University of Lincoln, UK.

He is a graduate of the University of Leeds where he obtained a BSc in Mechanical Engineering and a PhD in Computer Aided Design.

He is a Director of UL Learning Resources Ltd, Riseholme Park Farms Ltd, ULEX and UoL Services Ltd. His is also Chair of the Members Committee for the University of Lincoln Academy Trust. 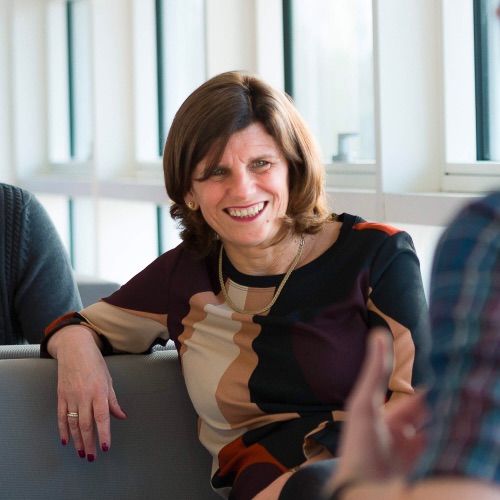 Professor Mitchell joined the University of Derby as Vice Chancellor in 2015. Her academic background is in psychology and she continues to play an active role in research.

Previously she was Deputy Vice-Chancellor of the University of West London, where she had special responsibility for academic provision and quality. Before that she had been Pro Vice-Chancellor Academic and Student Support Services and Dean of Students.

A Chartered Psychologist, she continues to play an active role in research, supervising and directing a range of research programmes and working with a variety of colleagues from across the university and with external partners at the University Hospitals of Derby and Burton NHS Foundation Trust. 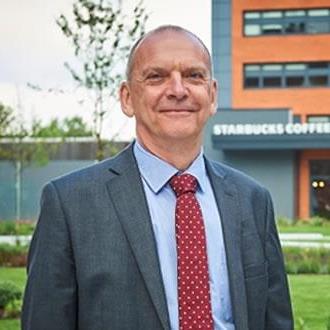 Professor Geoff Layer has been Vice-Chancellor of the University of Wolverhampton since 2011. He graduated from Newcastle Polytechnic with an LLB (Hons) and entered a teaching and research career, initially in Manchester and then in Luton.

He joined the Sheffield Business School in 1983 as a lecturer in Law and while at Sheffield Hallam University he established a suite of access and student support initiatives leading to the establishment of a national reputation for inclusive learning.

Professor Layer was an adviser to a range of national quality assurance and educational development initiatives and became Professor of Lifelong Learning in 1996. He joined the University of Bradford in 1999 and became Pro Vice-Chancellor and then Deputy Vice-Chancellor (Academic) before moving to Wolverhampton in 2011.

Professor Layer has always been active regionally, nationally and internationally. He is the Chair of the Disabled Students’ Commission and of the Student Loans Company Stakeholder Forum, a trustee of the Universities Association for Lifelong Learning and of the Worker’s Educational Association (WEA), a Director of Advance HE and Chair of the Advance HE Equality, Diversity and Inclusion Committee.

He is a Fellow of the Royal Society of Arts, a Principal Fellow of the Higher Education Academy and a Fellow of Leeds College of Music, and he was awarded the OBE for services to higher education in 2003. 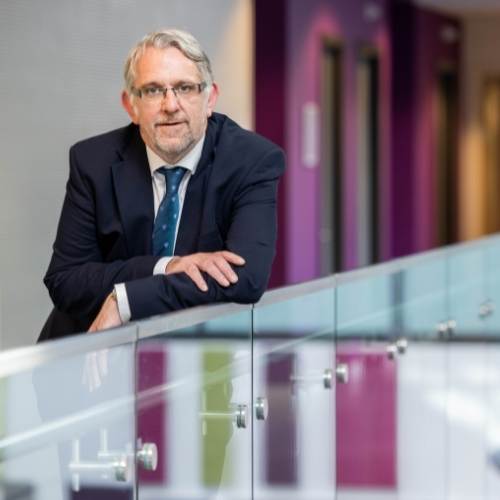 Professor Martin Jones took on the role of Vice-Chancellor and Chief Executive of Staffordshire University on January 1, 2022, having joined as Deputy Vice-Chancellor in 2017.

Professor Jones has led on a broad portfolio of areas including academic and strategic planning, civic engagement, Staffordshire University’s Multi-Academy Trust, social and economic regeneration, research, enterprise and innovation and infrastructure in terms of estates, digital and technical services.

He is fully committed to the civic role Staffordshire University plays in improving the regional economy and quality of life in local communities. This includes supporting the development of innovation and enterprise and higher-level skills in industry and business through the University’s Innovation Enterprise Zone.

Originally from Staffordshire, Professor Jones studied for his degree at University of Manchester graduating with a BA and PhD in Human Geography. This helped to shape his extensive career as an interdisciplinary researcher and leader in higher education.

He joined Staffordshire University from the University of Sheffield, where he was Director of the White Rose Social Science Doctoral Training Centre (WRDTC), and before this Martin previously held a variety of positions at Aberystwyth University over 15 years, including Pro Vice-Chancellor.

Author or editor of 13 books, Professor Jones is highly regarded internationally for economic and political geography. His latest book Cities and Regions in Crisis: The Political Economy of Sub-National Economic Development was awarded the Regional Studies Association Best Book award 2021. He has also given evidence to UK Government Select Committees on skills, business support, and regional development.

Professor Jones is a Fellow of the Academy of Social Sciences and The Royal Society of Arts, holds an honorary professorial position in Oulu, Finland, was awarded the Philip Leverhulme Prize for Geography, and is the originator and co-editor of the journal Territory, Politics, Governance. 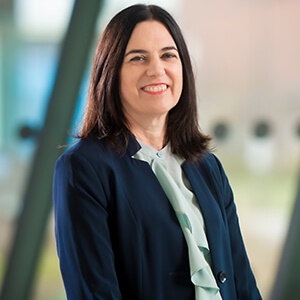 Professor Katie Normington joined De Montfort University as Vice-Chancellor in 2021 from Royal Holloway, University of London, where she was Deputy Principal (Academic). While at Royal Holloway she had responsibility for teaching and learning along with research and enterprise, during which time she created an integrated academic strategy bringing together the teaching and research around a set of common principles.

Professor Normington was previously Dean of Arts and Social Sciences and Vice-Principal (Staffing), overseeing the equality and diversity strategy, including instigating a women’s development programme for which she won a Times Higher Education Leadership and Development Award. She joined Royal Holloway as a lecturer from Greenwich University in 1997.

At Royal Holloway Professor Normington chaired a number of institutional change projects such as Student First which focused on the student journey, and a project to re-envisage the structure of the academy, creating new schools to better enable academic strategic developments, devolved leadership and an agile environment.

She was also project sponsor for a number of large building projects including the new Caryl Churchill Theatre, the Boilerhouse lecture theatre and the refurbishment project for Bedford Library and McCrae building to create a School of Engineering, Mathematical and Physical Sciences. She was instrumental in preparations to host athletes at Royal Holloway during the 2012 Olympic games and in celebrating the anniversary of Magna Carta in 2015 and of women’s suffrage in 2018.

Professor Normington is a Professor of Drama and her research focuses on theatre history – in particular, mediaeval English drama and contemporary theatre practice. She has published six books in these areas and continues to write articles within the field. 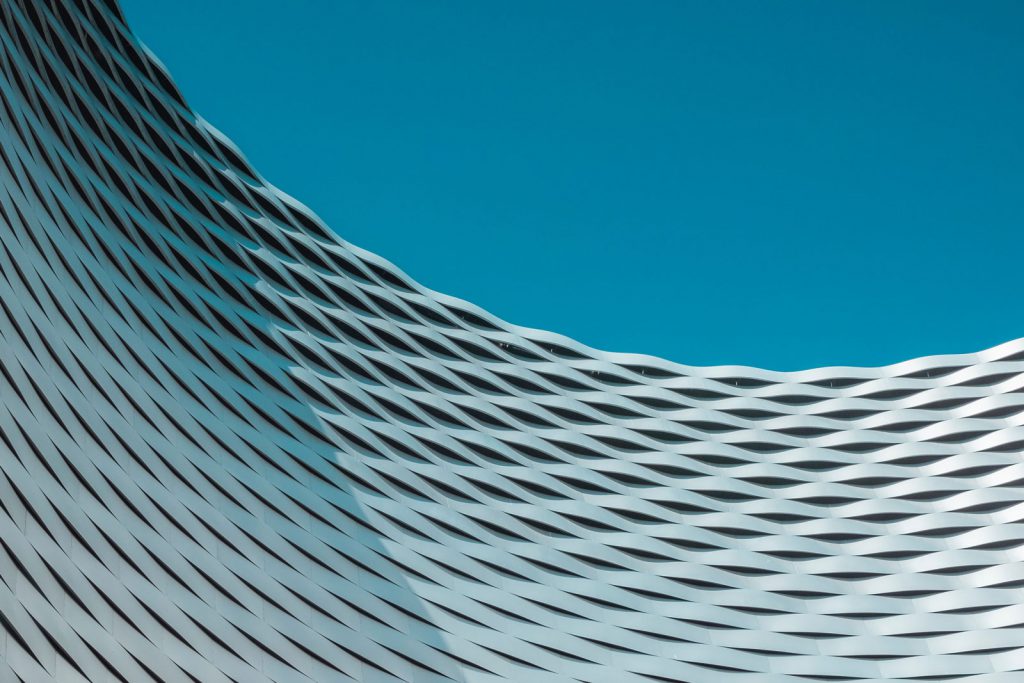