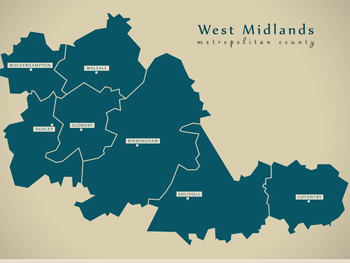 Studies conducted by Birmingham City University’s Centre for Brexit Studies alongside the Basic Income Conversation, showed that most voters based in ‘red wall’ seats in areas like Dudley, West Bromwich, Walsall and Northfield would welcome such a scheme to help tackle poverty and instability exacerbated by the pandemic.

The researchers carried out a series of hour-long focus groups with residents to understand their views on UBI, how they would use it, how it would change their communities, the impact on their employment and if they would support a political candidate promoting UBI.

They found that attitudes had changed significantly towards the idea of UBI in light of the pandemic, which had created conditions of economic instability throughout the class divides as people accessed the government’s furlough scheme or lost employment.

One participant noted the impact the pandemic had had on those in traditionally middle class jobs and from highly educated backgrounds, while another said the pandemic had left them unemployed for the first time in over 35 years:

“[P]ersonally I’ve seen some really, like highly educated, clever people who’ve probably always thought you know what, I’m going to be okay. I’ve always got something to fall back on. And suddenly that’s not the case [because of Covid-19]…. I would like to see not as many food banks because finally people would be able to buy their own food and stuff, because it’s just an awful situation at the moment” (West Bromwich).

“I got told yesterday, I was getting made redundant. And that’s the first time since I started working in 1984 [and it makes me feel] Fuc*ing terrified […] now all of a sudden this. I feel a bit abandoned if I’m honest” (Walsall).

Professor Alex de Ruyter, Director of Birmingham City University’s Centre for Brexit Studies, said: “Universal Basic Income is not a new concept but what this research has shown us is that the economic conditions created by the pandemic have led to a lot of people reassessing and re-evaluating the concept.

“While scepticism remains among some residents, there was a sense among most participants that Covid-19 had impacted their communities differently and left those who had always been in stable employment precariously placed.”

“With the local elections taking place this week it will be interesting to see if Labour opt to frame their final days of campaigning around this, and what role that could play in the country’s post-pandemic recovery.”

The findings have been unveiled as the region heads to the polls this week (Thursday 6 May) to vote to elect the Mayor of the West Midlands and the region’s Police and Crime Commissioner.

Participants in favour of UBI referenced large numbers of gig economy workers in the area who would benefit from the stability offered by the change, and spoke of the challenges for jobs and employment brought about by increased automation.

Comments made by participants included:

“I know as far as the gig economy is concerned, that was one of the reasons I thought, well, maybe [a UBI] would be good because my brother and other people I know work in the gig economy and it is exploitative.” (Dudley participant)

“I also think we’re getting to a point as a society where we need something like universal basic income, so that we can guarantee a standard of living for everybody. As technology progresses, and more jobs are lost to automation or efficiency savings, it’s going to become more and more important, that everybody has that financial security” (West Bromwich participant)

However, the research also revealed that sections of the communities remained sceptical to proposals, citing concerns over funding and a reduction in incentives for working and a lack of meritocracy.

Professor de Ruyter added: “What we did identify during our research was the retention of the idea that benefits created a culture of ‘something for nothing’, something which some participants felt UBI would continue to pervade.

“However it remained notable that the biggest shift in attitudes to UBI was on this point, as the pandemic had impacted people from all walks of life, and industries right across the board – and we saw benefits claimants double between March and May last year, and has remained at that level ever since.”