Concept designs have been unveiled for the first time of what the University of Wolverhampton’s new National Brownfield Institute could look like.

The Institute will be home to a state-of-the-art research and innovation centre and will feature commercial testing facilities and lab space.

It will also house a national policy institute which will inform and guide future strategy development around brownfield regeneration, give specialist advice on dealing with contaminated land and repurposing buildings and sites and look at new and innovative construction methods such as modular housing.

The Institute will be part of the University’s £100m Springfield Campus development which is regenerating a brownfield brewery site close to the city centre. It will join the School of Architecture and Built Environment (May 2020) The Elite Centre for Manufacturing Skills and the West Midlands University Technical College to form a construction and built environment superhub.

The stunning new images, produced by Associated Architects, were revealed today as part of the City of Wolverhampton’s headline announcement at MIPIM, the annual international property and estates showcase held in Cannes. 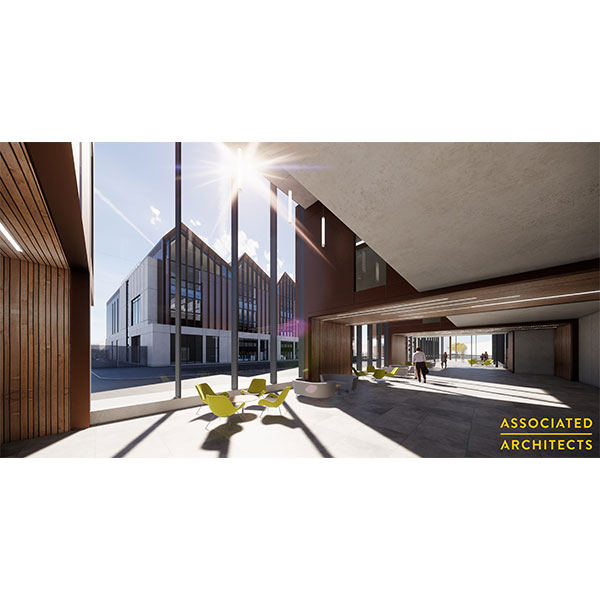 As well as further details of the NBI, major plans were also revealed for a 10 acre residential development next to Springfield called Brewers Yard. This will see a mixture of 1,100 city houses and apartments and 60,000 sq ft of new retail and commercial space, designed by Glancy Nicholls Architects. It is a joint venture between developer Court Collaboration, City of Wolverhampton Council and West Midlands Combined Authority, with works set to start on site in 2020.

The Brewers Yard scheme is also set to deliver hundreds of permanent new jobs, more than 1,000 construction jobs, and built environment apprenticeship and training opportunities for University of Wolverhampton students.

University of Wolverhampton Vice-Chancellor, Professor Geoff Layer, said: “We’re really excited to see what this ground-breaking Institute will look like. It will complement the site and vision for Springfield as a hub for excellence in construction and the built environment on a national and even international scale.

“The National Brownfield Institute will be integral to the way we look at land remediation and regeneration across the Black Country and the UK and will play a pivotal part in unlocking industrial land to help tackle the housing shortage in our towns and cities.

“We are also very much welcome today’s announcement about the neighbouring Brewers Yard development – it will help totally transform the Springfield area into a vibrant city centre location.” 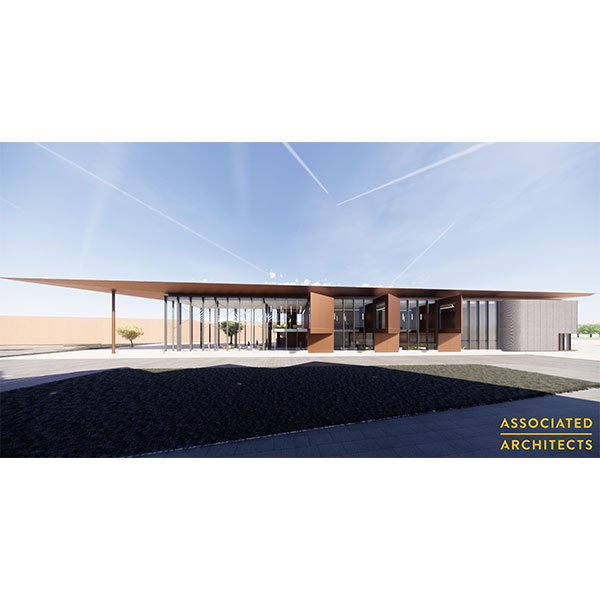 “The National Brownfield Institute to be built on the campus is part of plans to make the City of Wolverhampton a UK urban innovation hub. This will help get more former industrial land ready for development and raise the skills bar in this sector.

“The council’s latest announcement of the major residential development, The Brewers Yard, on brownfield land neighbouring Springfield Campus, fits hand in hand with this vision.

“It is all part of more than £3.7 billion of investment on site or planned in our city – a city of opportunity.”

Details for the Institute were first revealed by West Midlands Mayor, Andy Street last year and when he announced plans to help fund the centre as part of the £350m Housing Deal for the West Midlands.

The West Midlands Combined Authority has set an ambitious target to build 215,000 new homes by 2031 to help solve the region’s housing shortage. Around £100m of that is to be used to buy and clean up former industrial sites in the Black Country to build homes on and the institute will play an integral role in that process.

The 12 acre Springfield Campus will be a centre of excellence for the built environment, construction and high value manufacturing to be delivered by the University and its partners.

It is part of wider multi-million pound projects to help regenerate Wolverhampton including the redevelopment of Canalside, the £50m Westside development in the city centre and the ongoing £150m Wolverhampton Interchange project.

For more information about the Springfield development visit www.wlv.ac.uk/springfield