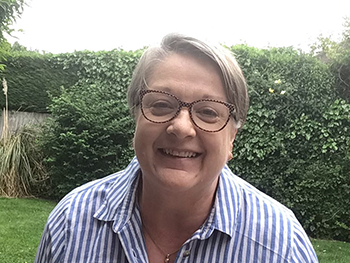 A Mental Health Mentor and former Head of Mental Health and Wellbeing at Birmingham City University has been awarded an MBE for her work around student support during the Covid-19 pandemic.

Karin Qureshi, who oversaw the department between 2014 and 2020, was included in the most recent Queen’s Birthday Honours ‘for services to Mental Health and Higher Education (Birmingham, West Midlands)’.

A mental health practitioner and qualified counsellor with over 30 years of experience in providing mental health and wellbeing support within the NHS and across several higher education providers, Karin said, “I am delighted and honoured to have been awarded an MBE in the Queen’s Birthday Honours list.

“During the first few months of the COVID outbreak, I was fortunate to have a team that pulled together and worked together in uncharted territory.

“We supported our international and home students going through an incredibly difficult time and they needed us to be there for them in ways we could never have foreseen.”

“The wider team effort across the University included accommodation, faculty administrators, and international and registry offices. I am looking forward to the challenge of finding and wearing a hat, and receiving my award.”

Karin previously worked as a Staff Nurse at the Birmingham Children’s Hospital, initially in the Cardio-Thoracic Neonatal Unit before becoming Ward Sister of the Child and Adolescent Inpatient Unit. Karin moved into hospital management covering medical services before returning to clinical practice in clinical psychology as a counsellor in 1997. From 1997 to 2002 Karin worked in staff support services, the child bereavement team and the on-call psychology team.

Karin left the NHS in 2002 to work part-time to look after her family and worked in several part-time posts including in student support services at Coventry University, the University of Birmingham and Aston University. Karin also worked as a counsellor in staff support services at Birmingham and Solihull Mental Health NHS Foundation Trust, where she managed external contracts including with the police and ambulance services in the West Midlands.

“Karin’s commitment to the well-being of our students during her time as our mental health lead was outstanding, and as the pandemic began, she was a vital figure in our response. She worked tirelessly to ensure our students were supported not just in terms of their mental health but through coordinating practical help and assistance for them. Everyone at BCU sends their warmest congratulations to Karin on the news of her MBE which is richly deserved. I am delighted that her hard work and commitment has been recognised in this way.”

Alice Wilson took up the post of Head of Mental Health and Wellbeing Services at the University in 2020.